After an almost 3 month closure of the historic White Rock Pier due to the Covid-19 pandemic, on June 17 the City of White Rock will remove the barricades and welcome visitors to once again take a stroll along the 470m/1542 ft waterfront attraction. 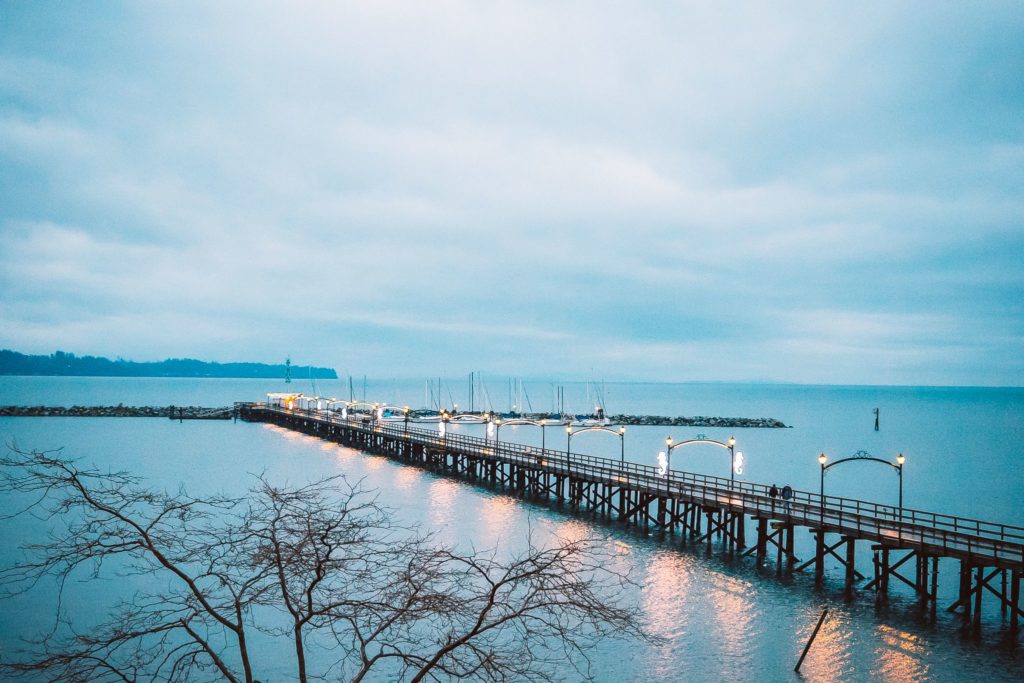 Aside from the white rock itself, the pier is easily one of the most iconic attractions in White Rock. However, the pier is more than just your average tourist attraction. For those intrigued by history, this is definitely one of the most interesting and complex historic structures in BC, taking on multiple appearances, burning down several times, and always surviving structural setbacks!

The earliest version of the pier, constructed in the early 1900s by local businesses was simply a 300-foot floating platform. The current pier was built as a result of a group of businessmen and realtors who believed that White Rock had potential as an industrial seaport and lobbied the federal government to build a proper pier.  On November 14, 1914, the White Rock Pier as we know it today (sort of) officially opened. Although the pier was intended to be used as an industrial seaport for shipping and importing goods via the railway, locals soon found more leisurely uses for the 1,616-foot pier and began to use it for swim clubs, recreational boating and leisurely strolls. 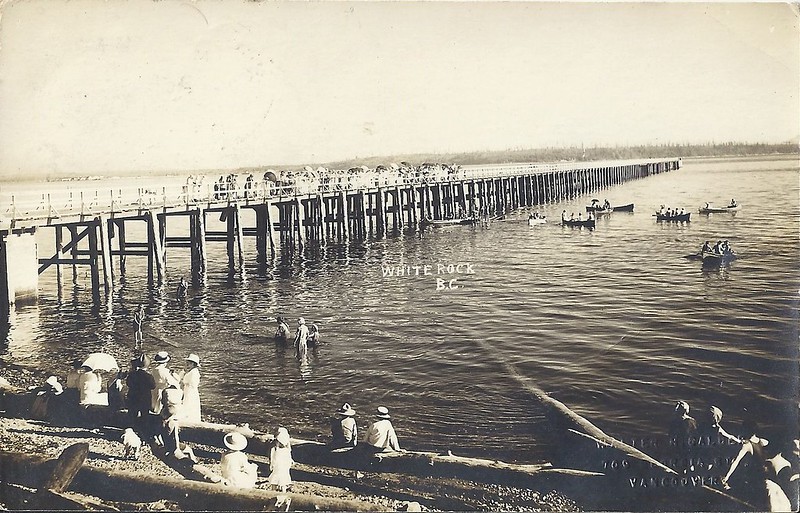 During the 1940s and 1950s, the pier became home to the Dolphin Restaurant, the unofficial town hall and the famous White Rock Amateur Swimming Association swimming tank (originally built in 1921). However, the pier continued to see a lot of wear and tear … in fact until the mid-1950s, cars were allowed on the pier. And, in the 1970s, it was scheduled to be torn down as the provincial government no longer wanted to spend the funds required to continue repairs. Thankfully, when word of the plans to tear the pier down got out, residents started a “Save the Pier” campaign and convinced the government to cancel the demolition plans.

In 1977 the pier was disassembled and rebuilt with new lumber, and a number of years after the reconstruction, the pier was designated a heritage site.

But that wasn’t the end of the drama surrounding the iconic White Rock Pier. On December 20, 2018, the pier and sections of the beach and promenade were badly damaged in a severe windstorm. The storm literally split the pier in half and after almost 9 months of repairs, the pier re-opened to the public in August 2019.  Just 7 months later, in March 2020, the pier, once again found itself closed as a result of the Covid-19 pandemic and the need to enforce social distancing, a challenge on such a popular attraction!