A powerful new female blues voice that evokes the spirit and grit of
Janis Joplin and the contemporary delivery of Beth Hart, belongs to an
indigenous North American named Crystal Shawanda. Her new album,
Voodoo Woman, captures the intensity and incredible range of this
performer whose story is finally being told.

Crystal Shawanda grew up on the Wikwemikong reserve on an island
in Ontario, Canada. Her parents taught her to sing and play guitar and
encouraged her to play country songs, but it was her oldest brother who
introduced her to the blues.

She was signed as country artist to RCA Records in 2007 by Joe Galante.
Her country debut album produced a Top 20 hit on country radio, sold over
50,000 copies in ths US, went Top 20 on Billboard’s Country Albums chart.
CRYSTAL SHAWANDA has amassed an impressive array of awards and accolades with thousands of concerts across North America under her belt and a remarkable recording pedigree.  Her soulful, rootsy sound has allowed for a nearly seamless bridging of the traditional country and blues worlds.  Crystal’s amazing talent shines through in “You Can Let Go”, “What Do I Have to Do”, “Dawn of A New Day”, “Try”, “The Whole World’s Got the Blues”, “Beautiful Day” and “Closer”.

The release of Dawn of a New Day (2008) spawned the hit ballad “You Can Let Go”. The album entered the Canadian Country charts at #2 and the Billboard Country chart at #16, eventually selling more than 400,000 copies. Crystal was named CCMA Female Artist of the Year (2008), won Best New Country Artist at the Canadian Radio Music Awards (2009) and was nominated for two Juno Awards that same year.  She won the Juno Award for Aboriginal Album of the Year (2013). Shawanda has also earned three Aboriginal People’s Choice Awards and five Canadian Aboriginal Music Awards in her career. 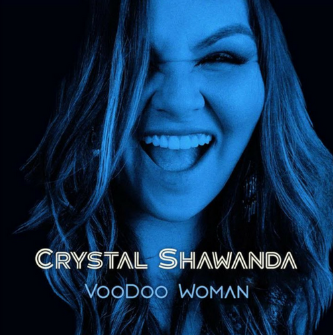