David Vest was onstage with Big Joe Turner and opening for Roy Orbison before he was old enough to vote. Maple Blues Award winner David Vest is an authentic, Southern-bred boogie-woogie piano player and blues shouter. Born to sharecropper parents in Alabama in 1943, David grew up in Birmingham, near Tuxedo Junction. He played his first paying gig in 1957, and by the time he opened for Roy Orbison on New Year’s Day 1962, he was a seasoned veteran of Gulf Coast roadhouses and honky-tonks. 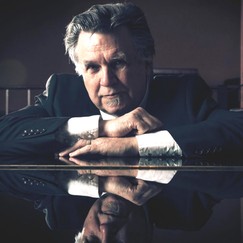