MUD BAY – BRINGIN’ IT ON HOME

MUD BAY roll back home on a wave of grit and groove.

White Rock’s prodigal sons of rockin’ roots music return to where it all began way back in 1978, setting off a 40-year voyage through the bars, clubs, stages, studios, highways and back alleys of the music business.

The band has celebrated 2018 as marking 40 years of music-making and friendship and every show has been an expression of their gratitude to the MUD BAY fans. They consider this show at Blue Frog to be the pinnacle of their year-long 40th birthday party.

Acknowledging their White Rock roots, MUD BAY will be releasing a 40th anniversary re-issue of their first album, “Floyd.” Engineered and co-produced by Blue Frog founder Kelly Breaks, this limited edition disc will be available for the first time ever at Blue Frog, Oct. 20, 2018.

For 40 years (and counting) Mud Bay has been electrifying audiences with their high-intensity brand of original Roots & Blues music. Weathering more than a few storms along the way, they have been hailed as true Soul Survivors–“The Band That Won’t Go Away”–much to the delight of their legions of fans worldwide.

The five-piece band features four songwriters, three of whom are lead vocalists. Underlying this diversity is a remarkable consistency, the result of a shared vision refined over many years; distinct as the individual contributions may be, it all comes out sounding like Mud Bay.

The band features strong vocals and rhythmic elements reflecting a wide range of influences—classic Chicago Blues, Country, Cajun, Rock, Soul—all finding common ground inside well-crafted, inventive songs. Unconventional and uncompromising, Mud Bay has always taken the road less travelled, favouring innovation over imitation and their dedication to expanding and enriching the Roots idiom they cherish has never wavered. And with four decades of dues paid, they have earned respect and praise from such music legends as James Cotton (“Just like playing with family”) and the late great Stevie Ray Vaughn (“Mud Bay..?… More fun!”)

Mud Bay’s fourth album, Colebrook Road, received national airplay on CBC’s Saturday Night Blues and Stingray Music, as well as on CFRO, CITR and LG104 and Roundhouse Radio locally, on internet radio in Europe, Canada and the US, and on community and university radio across Canada. In 2018, Mud Bay celebrated 40 years of music making with their 5th independent release “Mud Bay – Live at Lorenzo’s.” 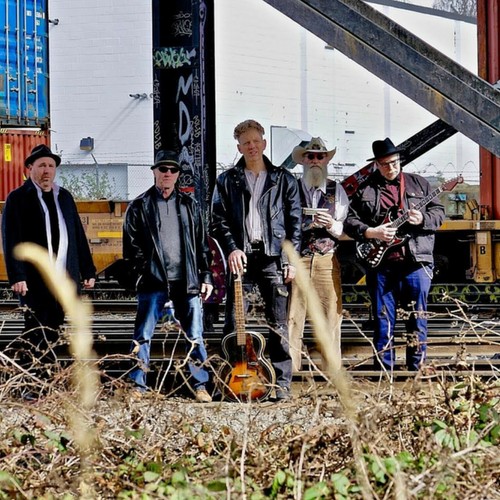