The Blues Journey with Wes Mackey

Live at Blue Frog: The Blues Journey with Wes Mackey​

Wes Mackey’s last appearance at The Blue Frog was not only a sellout, it was critically acclaimed as one of the top five shows ever presented. With a career spanning 50+ years he has become known for his storytelling style and up lifting performances The Blues Journey will take the audience on a musical sojourn from his days growing up in the deep south, to from working the dusty honky tonks of Georgia, to performing in five-star venues, festival and concert stages around the world. Including some places where you would not expect to find the blues like Iceland, Russia, Malaysia, Hong Kong, Slovakia, Croatia and many others. 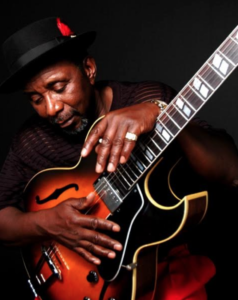