For thousands of years, the southern bank of the Strait of Georgia was the permanent home to a Coast Salish tribe called the Semiahmoo.  In 1846, when the 49th parallel established the Canada/US boundary, there were still questions as to the “ownership” over what are now the San Juan and the Southern Gulf Islands. The British Royal Engineers established Camp Semiahmoo in what is now known as White Rock and within 10 years, the area became a stopping point for prospectors on the way to the Gold Rush and missionaries attempting to convert the Semiahmoo people.

Homesteaders began settling in the area as early as 1890, drawn by the proximity to the sea and the international boundary. But it would be another 20 years before the population began to grow, when the Douglas border crossing was opened in 1908 and the Great Northern Railway line was rerouted to follow the Semiahmoo Bay shoreline in 1909. The famous White Rock pier opened in 1914 and with its beaches and moderate climate, and now convenient railroad access, White Rock quickly became a local tourist destination. Buildings sprang up along the beachfront and the train tracks, and summer cottages dotted the hills. For a brief period, in 1912, lots could be had for free simply by purchasing a subscription to a British Columbia travel magazine!

The main employer in White Rock was the Campbell River Mill, but when it closed in 1927 the population shrank to about 400 residents and many homes were vacated. The Great Depression brought even more hard times to the community. However, the 1930s also brought increased migration from the prairies, which caused the population to begin growing once again.  Although White Rock had been most known as a summer resort town, more people were moving in, and summer cottages were now becoming permanent homes.

At its peak, there were 4 passenger trains daily arriving in White Rock from the north and the south. In 1950, passengers were being picked up 3 times daily between Seattle and Vancouver, but by 1975 all passenger services to White Rock stopped. The station building was given to the City of White Rock and became the White Rock Museum & Archives. The museum building was gradually restored to its 1954 appearance, and has become a must-see historic site for visitors to White Rock. 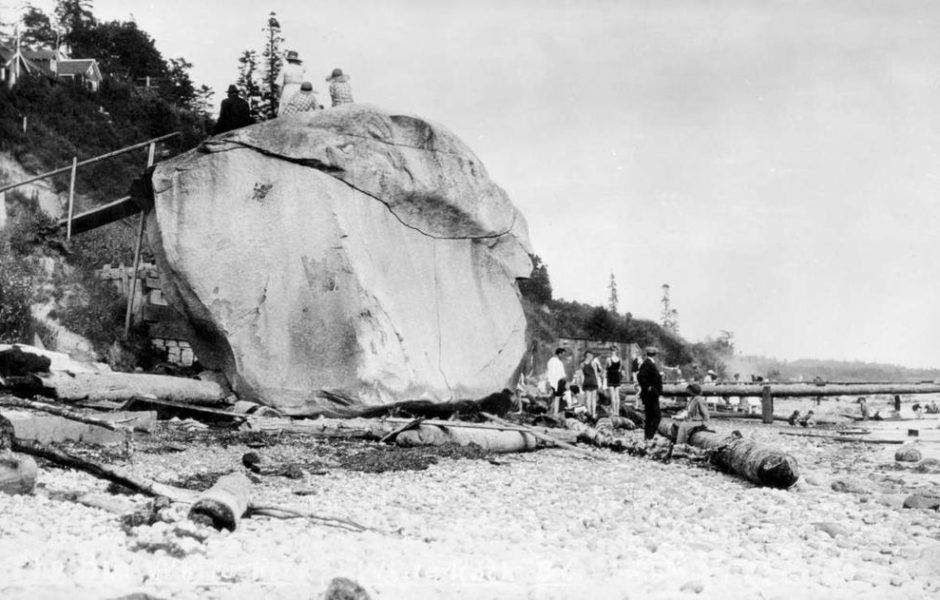