The “white rock”, for which the community is named, is located along West Beach. The rock maintains its pristine white colour with help from staff from the City of White Rock and is a favourite spot for photographs.  Standing more than 4 metres high and weighing a reported 486 tonnes, the rock is likely a glacial deposit left behind when the glaciers receded thousands of years ago. Known as P’Quals by the Semiahmoo First Nation, the legend of P’Quals (the “white rock”) was shared with the White Rock Museum by Grand Chief Bernard Charles, and we have shared it below with the permission of the museum.

“Long before European settlers and explorers visited the Salish Sea, people lived here during a time when things were very different. During this time, people were attuned with nature and possessed many spiritual powers. The Salish Sea was protected by a sea-being and his son. The sea provided an abundance of food to the tribes who lived along its shores. The Cowichan people and their chief were one of those tribes. One day, the chief’s daughter was bathing in the sea. The son of the sea-being rose to the surface and fell in love with her at first sight. The pair hoped to receive the blessing of their parents, but the new couple was denied marriage by their parents. The young man was determined to keep his love at all cost. He raised a huge stone in his hands and said to his T/ále (love), “I will hurl this stone over the water! Wherever it falls, there we will make our home.” He cast the stone over the water, and watched as it grew. The young man took his new wife into his arms, and swam after the great boulder. This huge stone landed sixty miles away, on the shores of Semiahmoo Bay. The couple chose to make their home here, and today this stone is known as P’Quals. This story, along with knowledge of the rock as a glacial deposit, correlate to the oral histories of the Se mi ah ma people as survivors of the great flood.” 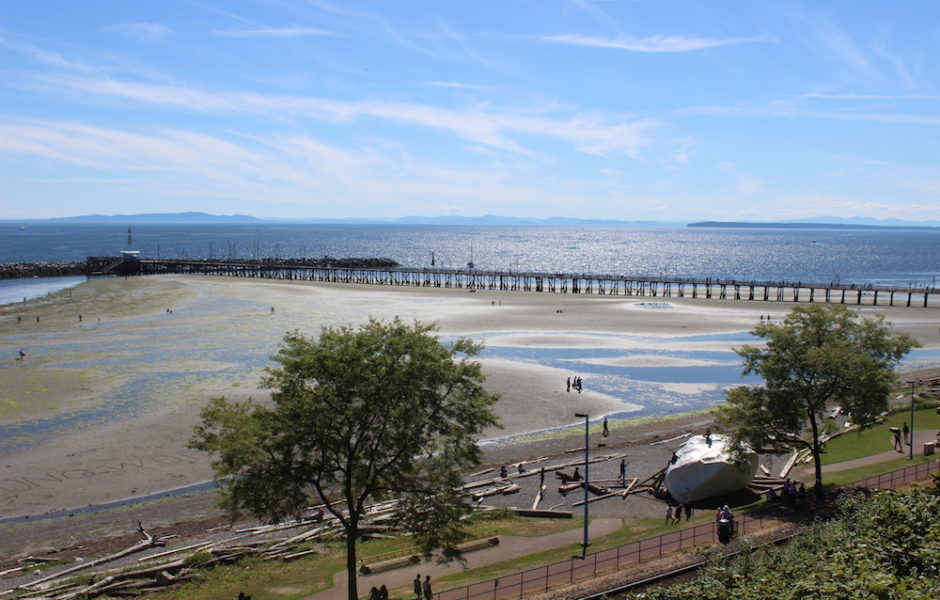