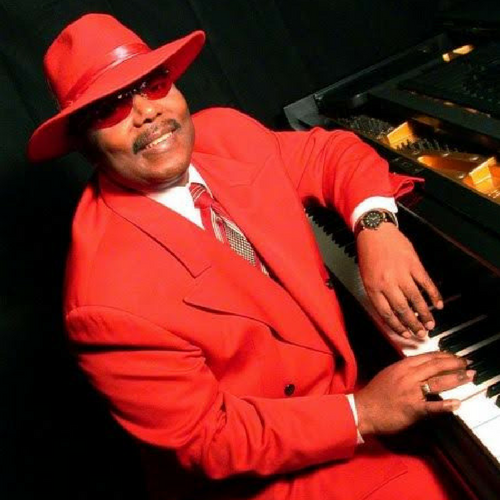 If you know and admire the styles and music of the great piano blues men, then you are in the right place to discover Kenny “Blues Boss” Wayne.
This 3-time Juno Award winner/nominee and a multi Maple Blues Award winner is hailed by LIVING BLUES magazine as “an artist bringing the piano back to the front ranks of contemporary Blues“. After dozens of other international awards, the legendary Blues and Boogie-Woogie piano master Kenny “Blues Boss” Wayne was inducted on August 9, 2017 into the Boogie Woogie Piano Hall of Fame at the Arches Piano Stage while performing at the Cincy Blues Festival in Cincinnati, Ohio.
Rediscovering his own blues roots long ago sent his career into overdrive, thanks to his fresh approach to old music, the drive and roaring good-time attitude of his live performances, and his smartly original self-penned songs. His main influences are Fats Domino and Chuck Berry’s long-time piano player Johnnie Johnson, as well as Amos Milburn, Bill Doggett and Johnny Otis, king of the West Coast blues sound of the ‘50s.  His bass-heavy boogie piano work, as well as his original songs, makes for powerful live performances, enhanced by the flashy splendor of his boldly colored, French custom-tailored stage suits.
Kenny Wayne’s live appearances all over North America and Europe were best summed up by a music writer who explained Wayne this way: “When a piano player’s got the four most important things — the playing, the voice, the songs and the look — he becomes the whole package, an artist you just have to see and hear.”  ​