Someone Like You: The Adele Songbook As Performed By Katie Markham

A former X Factor UK Finalist, the outstanding KATIE MARKHAM was hand-picked by Adele herself on Graham Norton’s BBC ADELE Special where she met the star and sang with her on stage.

Katie was asked to star in SOMEONE LIKE YOU: THE ADELE SONGBOOK.  With a show-stopping voice and captivating charisma she delivers an enthralling concert that faithfully recreates the magic of Adele’s three record-breaking albums, “19”, “21” and “25”, including the smash-hits “Chasing Pavements”, “Make You Feel My Love”, “Set Fire To The Rain”, “Someone Like You”, “Hello”, “Rolling In The Deep” and the multi-million seller “Skyfall”, as well as a selection of songs by some of the legends that inspired Adele.

This UK concert production features a seven-piece band of great voices and players that recreates and celebrates the magic of Adele’s music.  Following a sell-out tour of UK theatres SOMEONE LIKE YOU: THE ADELE SONGBOOK hits Canadian soil with its immaculate celebration of one of our generation’s finest singer-songwriters.

Fans declare, “Glorious; spectacular voice!”, “If you love Adele’s music you’ll love this; get tickets!” and “You were amazing.”.
SOMEONE LIKE YOU will take you on a soul-stirring journey from break up to make up!
​
Watch the trailer for SOMEONE LIKE YOU: THE ADELE SONGBOOK – as performed by KATIE MARKHAM 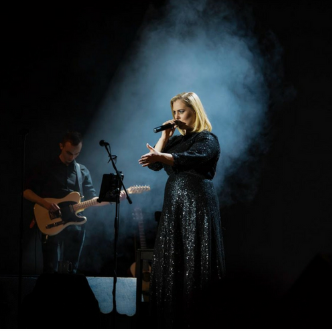