White Rock is a beach town, at least that’s what most people think when they think of White Rock. But did you know that White Rock is also home to a thriving arts & culture scene? Musicians, painters, potters and photographers all call White Rock home. You can find artwork, waiting to be discovered, around almost every corner, whether it’s sculptures, hydro boxes, lamp standards or hidden “rainy day only” artworks. One of our favourite forms of public art is the colourful murals that adorn the sides of many buildings throughout the city.

Coastal Landscape
Location: Uli’s Restaurant, 15023 Marine Drive
This coastal landscape mural by Vancouver based graffiti-artist ‘Craver’ adorns the side of Ulis Restaurant and depicts rugged old-growth trees and as an ode to the West Coast forests of British Columbia. 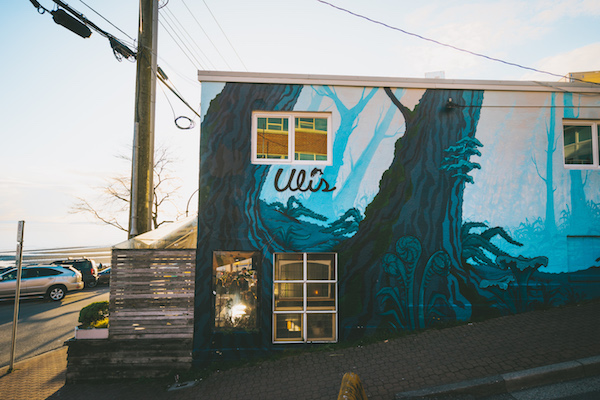 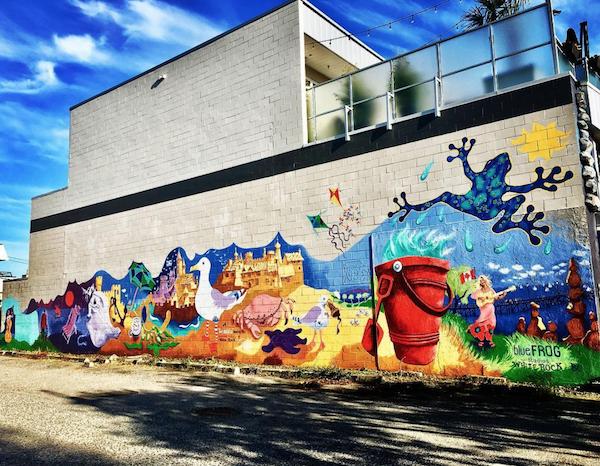 Whale Wall
Location: 15248 Russell Avenue
This mural of a gray whale family accompanied by Pacific bottlenose dolphins is possibly White Rock’s most recognizable mural. It was created by artist Robert Wyland in 1984 as part of the Wyland Walls campaign to increase appreciation for aquatic habitats. 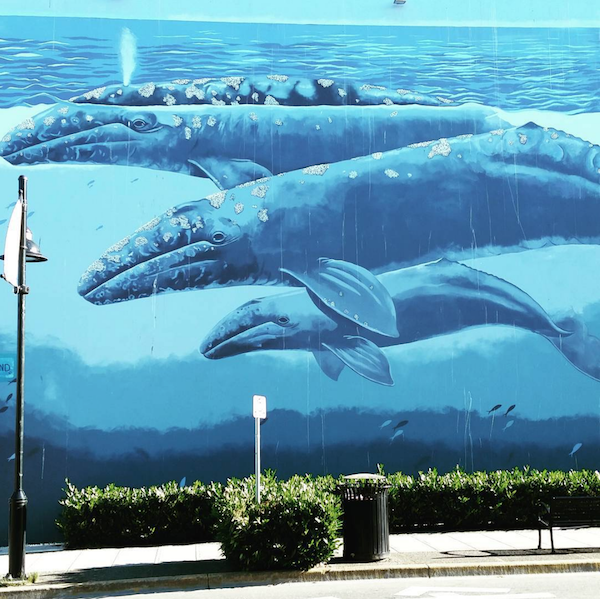 Artist-Inspired (4Cats Mural)
14700 Marine Drive (next door)
This small utility building along West Beach sports murals on each of it’s 4 walls. The walls were painted in 2012 by artists from 4 Cats Art Studios in White Rock and South Surrey and each wall was inspired by the works of Monet, Van Gogh and Norval Morrisseau. 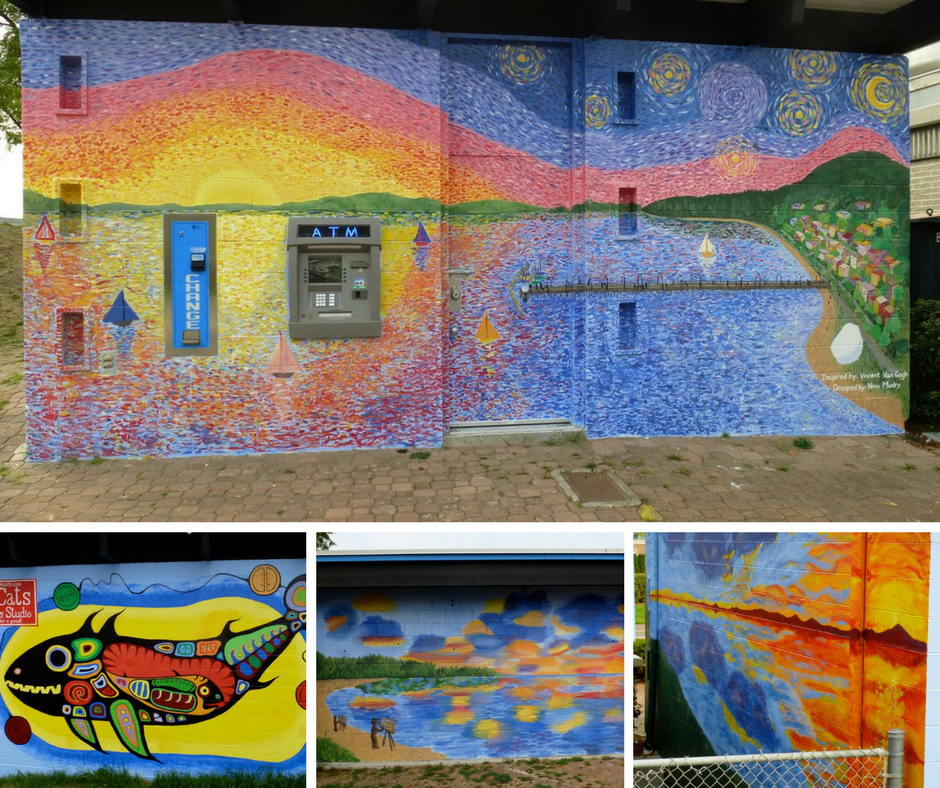 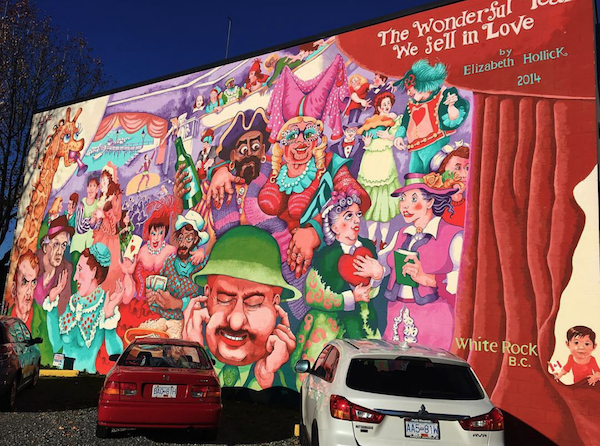 West Beach
Location: corner of Marine Drive & High Street
Another wonderful piece of work by artist Elizabeth Hollick, this colourful mural is located across the façade of a retaining wall on West Beach and was designed to welcome the Olympic flame to White Rock in 2010 during the Olympic Torch relay. The famous White Rock and other signature White Rock icons are pictured. 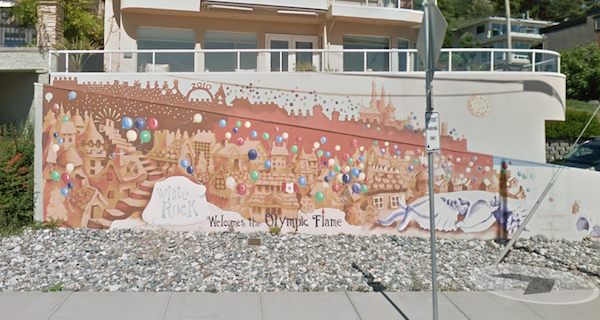 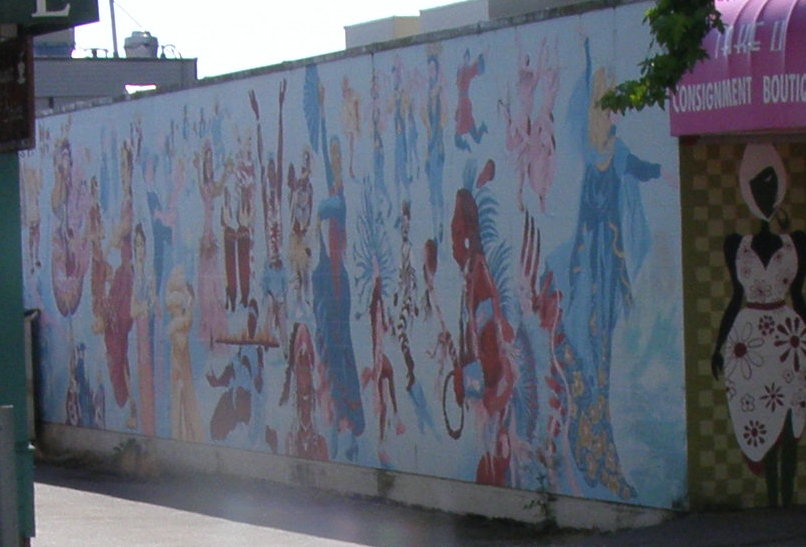 Boat Yard Mural
Location: Corner of Vidal Street & Victoria Avenue
Tucked away in a small parking lot just one block from the beach is a beautiful mural by late artist Judy Jordinson. The mural, now a little faded, which adds to the nautical subject matter, depicts a quaint shipyard. 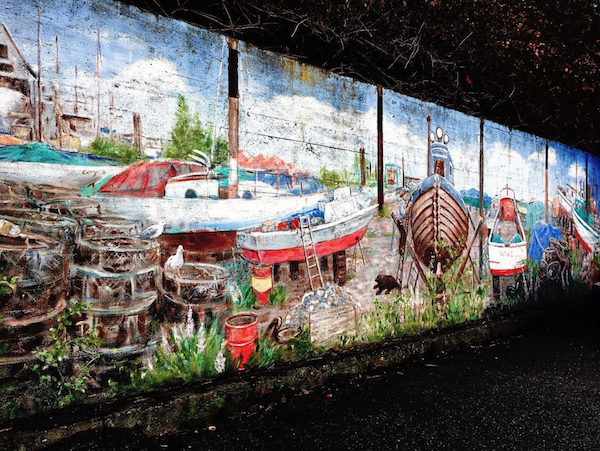 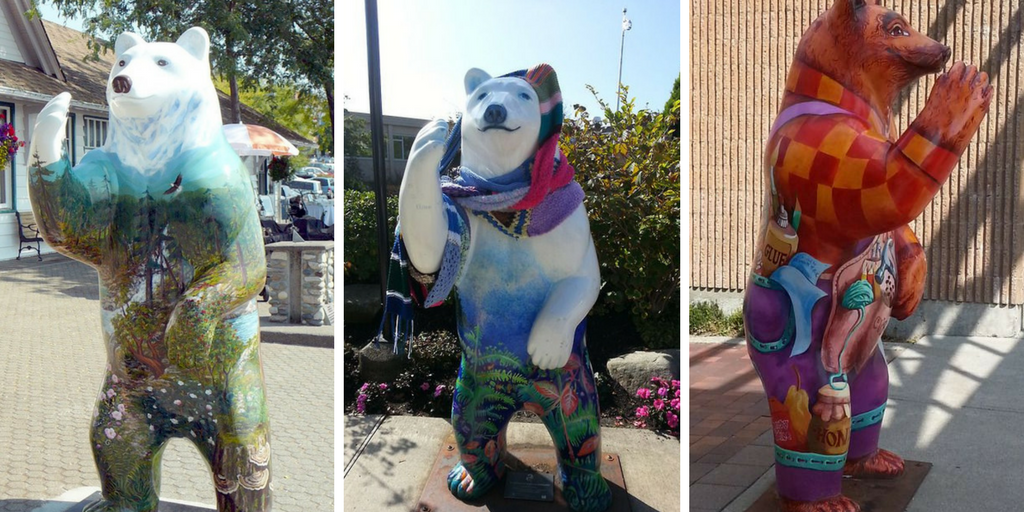 2 responses to “White Rock’s Many Murals”